Summer 2022 is pretty much over, even though the calendar says differently. But school has started and pumpkin spice is everywhere, so let's call a spade a spade.

I had a good summer for the most part, but with a pretty dark cloud of the whole thing. Here's what happened:

1. I rejoined Farrell's kickboxing gym and I am SO happy. My friend Erin and her husband Andrew bought a location and I committed right away when I heard that news. I am way busier now than I was the first time I belonged, so I am not able to go as often but even a few times a week is better than nothing.

2. I won two awards at work - one from my students for service, and the other was the Distinguished Service Award from Clarkson College, which is basically staff member of the year! I work my ass off, so I am very proud of these honors.

3. Missy and I did a roadtrip to Pella, LeMars and a few other small town Iowa stops. 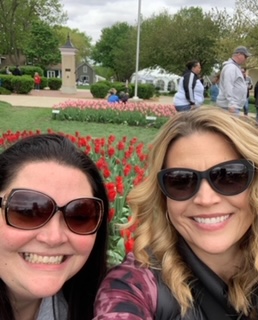 4. I did a Freedom Rock tour in Iowa which resulted in lots of pictures of rocks and getting pulled over for doing 83 in a 55. 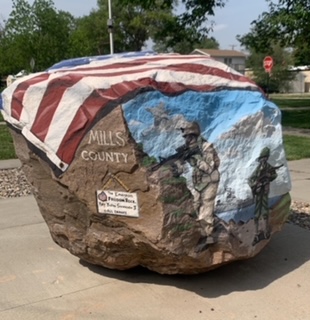 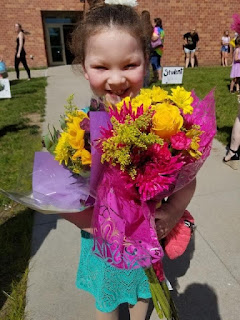 6. Kate got inducted into ANOTHER Hall of Fame - this time for her college conference - so Nicole, Kate and I headed to Morehead, Minnesota to celebrate her accomplishment. 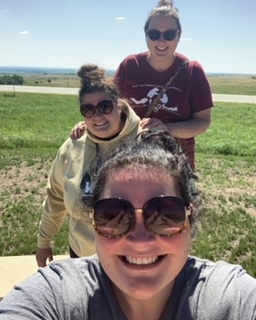 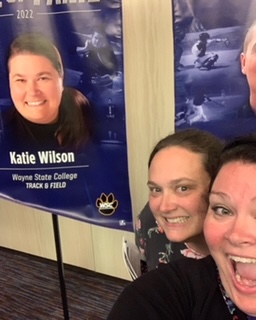 7. Mom and I roadtripped to DeSmet, South Dakota to visit the Laura Ingalls Wilder museum and other historical spots. 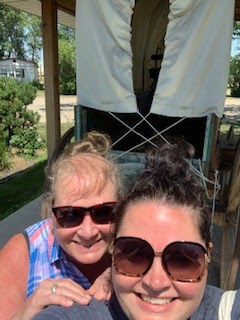 8. I turned 42 and Missy, Katie and I celebrated with dinner and the Beyond Van Gogh exhibit. 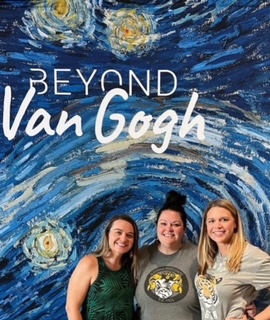 9. I went to see Machine Gun Kelly and became his biggest fan.

10. I made Nick go to Walnut Grove, Minnesota with me to see the Laura Ingalls Wilder stuff there and eat at Nelly's Cafe with me. 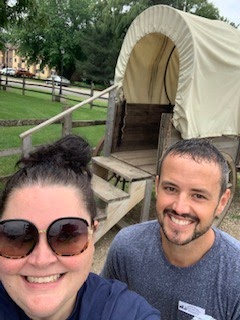 11. I was in charge of keeping Cooper and Chandler alive for one night, so we went to LeMars for ice cream, then to Pizza Ranch for dinner, then I bribed them with candy to watch the Little House movie with me. Yes, Chandler was sick the next day. Oh, and yes, I got pulled over for speeding on my way to Okoboji (I only got a warning that time). 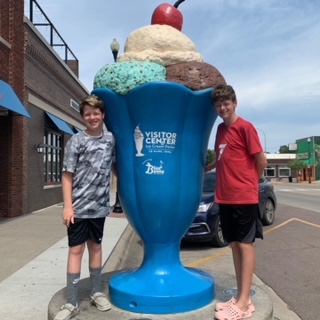 12. Now for the dark cloud. One of my oldest friends got diagnosed with Stage 4 Cervical Cancer in April, and it's been a rough ride. She's currently in the hospital and needs prayers, positive vibes and energies for comfort and peace.