50 before 50: Arkansas, Louisiana, Mississippi and Tennessee

I took some time off work and knocked out four states on my bucket list.

And yes, I did this alone.

Some people were very weirded out that I was doing this alone. But with things going on in my life and the amount of stress I've been under, this trip came at the most perfect time.

Day 1: I left town and headed to Eureka Springs, Arkansas. It was about 6.5 hours away and I figured I would want to stop driving at that point. I was right.

Eureka Springs is the cutest little touristy town. I stopped at a little shop on the side of the highway that had a lookout tower. It was a bit too windy for me to feel that uncomfortable on the climb, but I did it and then went into the shop and was asked how I was from the nice clerk lady. I replied "good, how are you?" and she responded with "I'm good every day the Jesus wakes me up and has a place for me in his heart".

After that I visited Quigley's Castle which was advertised as the strangest dwelling in Eureka Springs...and it was. The granddaughter of the Quigley's was there and gave us some information on the house and then we were able to explore. After that, I headed to Christ of the Ozarks which was amazing, and I met another Iowa couple while walking up to look at the statue. I checked into my hotel and asked the desk clerk where I should eat and he said "Myrtie Mae's has the best fried chicken in three counties!" so I headed straight there, then explored town a little and went back to the hotel. 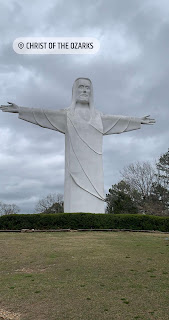 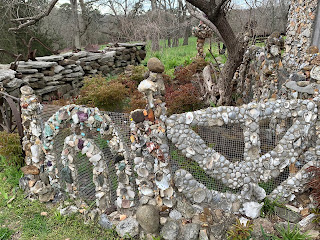 Day 2: I woke up before the sun was up, so I sat and waited for it and then hit the road for Little Rock. I stopped at a Waffle House on the way because #hashbrowns. Next on the list was the Bill Clinton library and museum because you all know I'm a bit of a presidential history nerd. I enjoyed the museum a lot, but it was a little weird. I've only gone to those types of museums that are about dead people, so it was a little weird. Clearly I hit up the gift shop, then hit the road for Monroe, Louisiana. I was a little excited to get out of Little Rock - TONS of construction and traffic. (Which I did know already, because obviously I emailed the museum before I left to tell them I was coming and they warned me.) 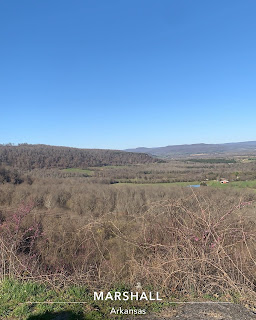 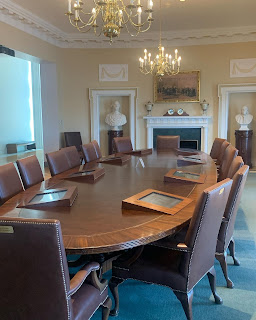 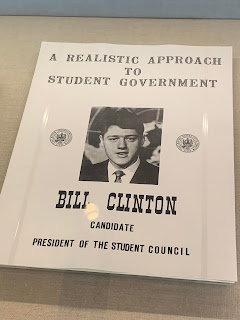 In Monroe, I explored town and found a lovely little path to walk along the river. Then I had dinner and met the loveliest lady who was also road tripping and was retired from the higher education industry. I fell asleep early since I had been up since before the sun came up. 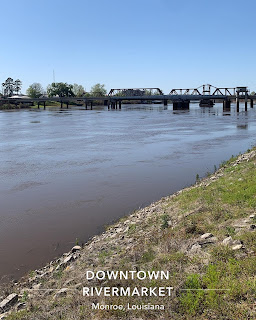 Day 3: I woke up, again, before the sun rose and I just sat and waited for it to come up. Then I hit the road and drove east to Mississippi. Louisiana got a little swampy, and I pretended I was Sookie from True Blood and kept my eyes peeled for vampires. I didn't see any, and soon I was crossing into Mississippi!! Why is the Mississippi river sooooo much prettier than the Missouri?? I stopped to see the Devil's Crossroads, which was wildly underwhelming. Like I was looking up to try to find it, but then I just looked at eye level out of my car and it was right there. So I traveled on to downtown Memphis and went to the Civil Rights Museum which was so overwhelming. When I was telling my friend Natalie about it, she said it's like "time just froze" and that was the best way to describe it. The last part of the museum is peering into the room where Martin Luther King Jr was staying the day he died. It was just eerie. I had to walk away from it. 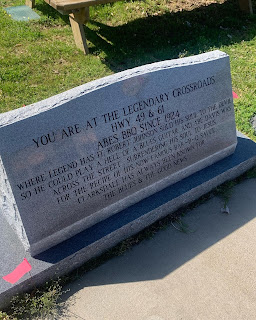 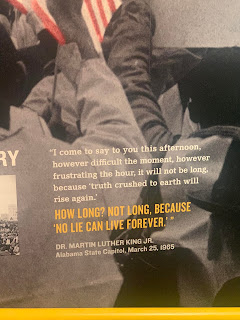 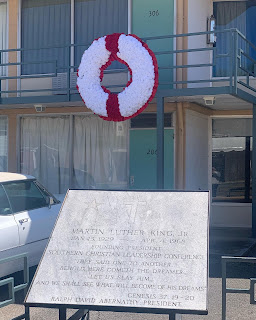 After that, I didn't really have a plan, so I just drove until I got tired which ended up being in Springfield, Missouri. I found a hotel and was asked if I wanted to upgrade to a whirlpool bathtub and I said YES. So I had a nice steak dinner then sat in my bathtub and watched the 90 Day Fiancé Tell-All.

Day 4: I had a meeting at work I had to jump on, so I drove as far as St. Joseph and had lunch at a Waffle House because #hashbrowns, then found a spot to log into my meeting. Then I hit the road for home!

It was an amazing trip and I'm so glad I did it, even though several people either 1. told me not to, or 2. told me to wait until Missy could go with me. I listen to two full audio books and the entire Taylor Swift collection about 2389180 times.