What I'm reading:
I built myself a pretty tall To Be Read pile with real, physical books, so I'm trying to work my way through them before I check anything new out or buy any new books. My two most recent reads have been so so so so good.

What I'm watching:
When Betty White died, I started watching the Golden Girls. However, I realized I haven't seen most of the episodes - then I realized I was never really into it, I guess I just thought I was because the characters are so beloved. So I've been slowly working my way that series.
I also have watched Inventing Anna on Netflix and LOVED IT, and now I'm watching The Dropout on Hulu. I guess I just love con artists?
What I'm doing:
Working. Sleeping. repeat.
Oh, and I saw Fiddler on The Roof at the Orpheum and tomorrow night I'm seeing Mean Girls.
Also, I just got back from Mansfield, Missouri where I went to the Laura Ingalls Wilder Home and Museum. It was so cool - like it was her actual home, her actual stuff. Her home became a museum three months after she died, so it wasn't even cleared out. AMAZING! She and her husband are also buried there. 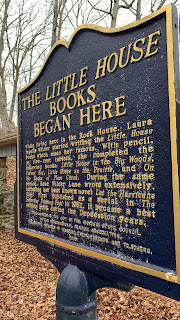 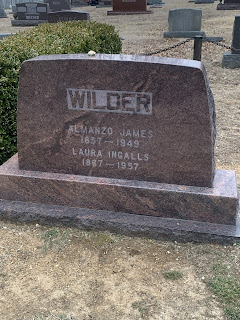