On Friday, Natalie, Michelle, Missy and I left for our road trip to the prettiest part of Iowa. I have been hearing for years that Decorah, Iowa, is like another world when the fall colors hit it. My need for a weekend escape and my love for trees and leaves means this weekend came at the most perfect time.

Friday morning we took off early, stopping in Walnut, Iowa first for breakfast pastries at Robert's Bakery. Then we drove to Ames and decided to stop at the Reimann Gardens (it's at the Iowa State University campus right by the stadium) to look for Elwood the Gnome. 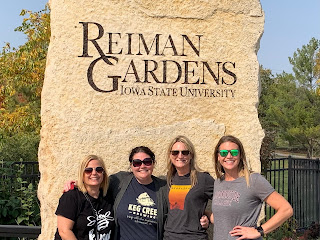 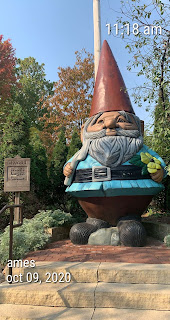 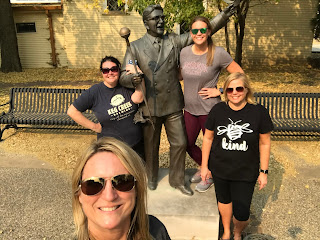 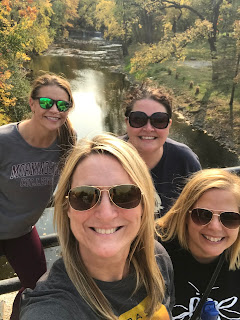 Next, we went to Nora Springs and hiked to an underpass tunnel that had some super great views of the fall colors and had a tree growing sideways that I couldn't stop staring at. Next, we made a long hall to Burr Oak, Iowa to see the Laura Ingalls Wilder Museum (which was closed due to covid), but it was still cool to see. 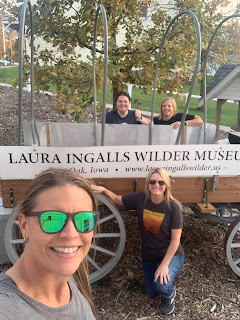 After that, we went to a winery where we got to visit with an Amish lady who makes all the food for place, and then we hiked to the Ice Cave in Decorah. Yes, it was dark by then. Yes, I was terrified. 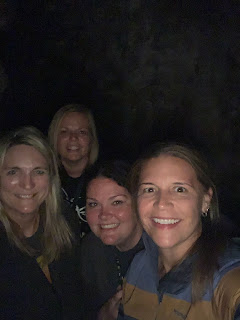 Then we finally checked into our Airbnb, which was a great four bedroom apartment on the main strip in Decorah. We walked down to Mabe's Pizza and had dinner before calling it a night.

Saturday we got up early and checked out the farmers market in town - we all bought baked goods - and then we went to Magpie Coffee to have breakfast and meet up with one of Michelle's friends from when she lived in Decorah 15 years ago. After that, we went to Phelps Park in Decorah which was my favorite place to hike and see the views. 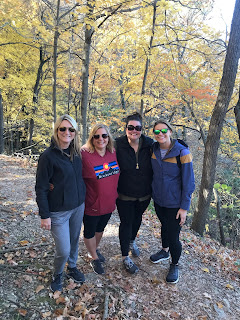 After that, we went to Dunning Springs in Decorah (near the Ice Cave, but we wanted to go back during the day to actually see the colors), the Decorah Fish Hatchery and the Decorah Eagles Nest. 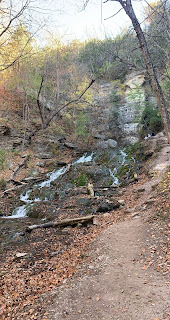 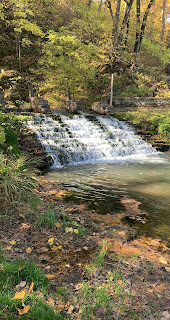 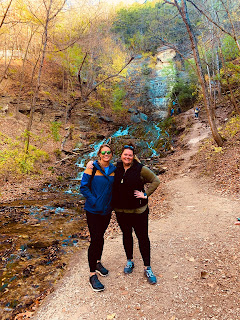 Next, we drove through McGregor and Marquette to get to Pikes Peak State Park to do some more hiking. This park had a great view of the Mississippi River and I got a bit hypnotized watching the boats. 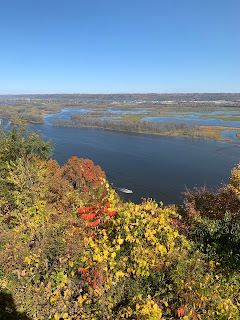 Then we crossed the border into Wisconsin and had lunch and walked along the river front, and then moved on to Yellow River State Forest, which was a drive through park with amazing views. We ended the day with beers and apps at Toppling Goliath Brewery and then went home because we were pooped.

On Sunday, we got up early again and had breakfast at Ruby's in Decorah, which was delicious but is sadly closing permanently in a few weeks. We hit the road back home after that, but made pit stops along the way, of course - Palisades Park, Fort Atkinson, the World's Smallest Church in Festina, a scenic overlook in Eldorado, Strawberry Point and then we found an amazing, rocky hike in Backbone State Park (Iowa's oldest State Park, near Strawberry Point). We also spent some time in Hazleton, Iowa, to check out the Amish way of life, which is pretty quiet and lonely on a Sunday afternoon.

This was literally the most perfect weekend getaway. Also, our Airbnb had a bidet toilet which has changed my life and now I am uncomfortable on my own home toilets that are just normal.