Figuring my life out

So I'm having some issues. Stomach issues. My stomach hurts all the time. I have finally realized this is not normal, so I immediately came up with some reasons for this constant stomachache:

Yes, I know I should just go to a doctor, but I don't even know what to say to a doctor:

"Hi, my stomach hurts sometimes but not others. I generally eat whatever I want so it could totally be my diet. I also either poop constantly all day long or I don't poop for three days, there is no in between. Help?"

I love typing in italics. Also, when your stomach hurts and you don't know why, don't google "why does my stomach hurt all the time?" because you will immediately be handed a death sentence. Thank God I have a living will.

Anyway. So basically I am going to really, really get to know my body and myself. I'm planning on keeping careful track of what I eat over the next few days and see how that affects my belly. I'm sure you are all very interested, so I will let you know what I figure out.

Okay so we didn't make it all the way to the edge of the Hollywood sign, but we tried. But let me start at the beginning.

A few weeks ago, Missy, Ryan, Natalie and I headed to California for our long-awaited vacay. Here is what we did:

Day 1 - Friday: We flew in and got there at about 1pm, but then getting our rental car and actually getting to our AirBnB took awhile. We went to In-and-Out for dinner and sat outside because it was AMAZINGGGGGG weather. After that we went to the grocery store and Ryan shopped like he as a 12 year old whose parents left him alone for the weekend. We headed home after that to hang out by our pool - which was too cold to get into - and bond.

Day 2 - Saturday: We headed to the Ronald Reagan Museum and Library. This was one of my favorite parts of the trip. I love presidential history, and if you do too this place is a must visit. 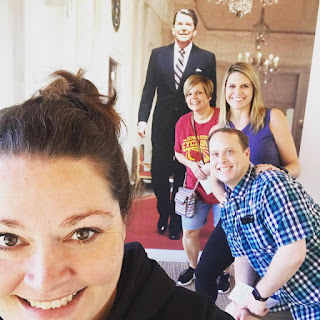 After that we went to a bar to watch the Iowa game (stupid), and then we went to find a beach so I could put my feet in the ocean. Ocean fronts are my absolutely most favorite places in the entire world. I could spend hours there. 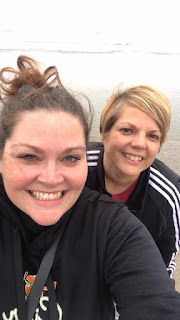 Day 3 - Sunday: We separated in the morning - Missy and I went hiking in the Hollywood Hills and Natalie and Ryan went to visit some Hollywood cemeteries. When we got done hiking, Missy and I walked around the Griffith Observatory and then the other two picked us up and we went to brunch. After that, we went into Hollywood and spend some time on the Walk of Fame and the Chinese Theater. From there, we decided to do one of those cheesy Hollywood bus tours, which was awesome - we drove by where several celebrities live - Katy Perry, Gwen and Blake, TAYLOR SWIFT - we saw where Michael Jackson died - it was pretty fun!

After that, we went home and those three went to the Phil Collins concert, and I stayed home and relaxed.

Day 4 - Monday: DISNEY day! We got up early and got to Disneyland pretty close to opening time. The park was pretty empty in the morning, so we were able to get right into rides for the first four hours or so. It got busy in the early afternoon, as they had a Halloween party that night that was sold out.  The park closed at 6pm for the party, so between like 4p-6p was pretty crazy.

Day 5 - Tuesday: ELLEN! I will write up a whole entry on Ellen, because when I found out we got tickets I looked all over the internet trying to find information on what being an audience member entailed, and I couldn't find anything. So I will write it. But here is what we looked like. We were on the Halloween episode, so we were in costume. 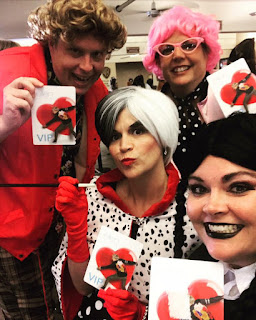 Day 6 - Wednesday: We flew out this day, but we had some time to kill in the morning so we did a Paramount Studios tour. This was very cool, and the cast of This Is Us was there filming! We got to see a few cast members. I love anything to do with old Hollywood, so this tour was very cool.

Vacation is fun, but there is no place like Homaha. I was very happy to touch ground in Nebraska that evening! I think I am just now finally caught up on sleep and feeling like a normal person. 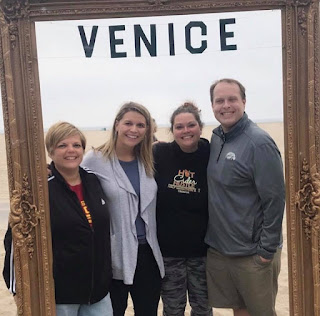 Posted by Jen Wilson at 9:20 AM No comments:

Hi everyone! I'm back!

I know I said originally I was taking the rest of the year off, but I just got notice that my domain was due to expire and I needed to pay for it for this next year - and I figured if I'm in here paying for another year of blogging, I might as well blog, right?!

I've enjoyed my break, but I feel like it's time to start writing again.

Here are some things that you missed:

Missy and I went to Minneapolis over Labor Day weekend. We saw Taylor Swift (!!!!!!!!) and visited Paisley Park. 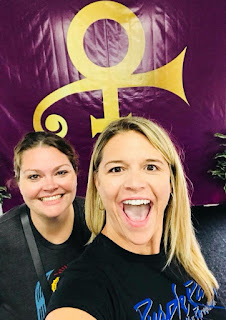 Missy and I also continued our races, and we are 10 for 10. Our next one is scheduled for next weekend in Council Bluffs, and we will end the year with our December run in Northwest Omaha. Do we continue these runs in 2019? I think we will. Unless any of you have any great ideas for a year long physical activity challenge?

I went to BVU for Homecoming weekend with the Boone's. 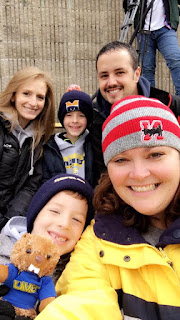 Chandler is my best friend.

I just got back from vacation in California, but that will get its own post.