On Friday night, I went to Lady Antebellum with my friend Erin. I liked Lady A, but mostly I was going to hang out with Erin (Ebbs, as she is more commonly known) (at least by me, that is). But then the concert started, and it was amazing! I am now obsessed with the group. 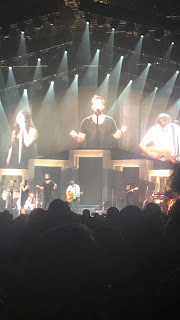 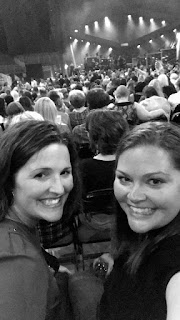 The next night, Missy was going to Shawn Mendes. She's been slightly obsessed with him for awhile, and I've been making fun of her about it for awhile. But lately I've been hearing Shawn on the radio, and I've been thinking about how it would probably be a fun show. By the time Saturday rolled around, I was officially jealous Missy was going and I wasn't. So when she called Saturday morning and had an extra ticket, I jumped at the chance to go with her. 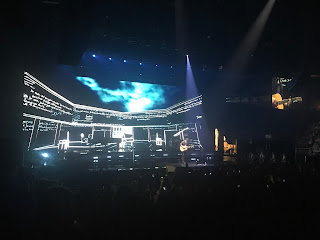 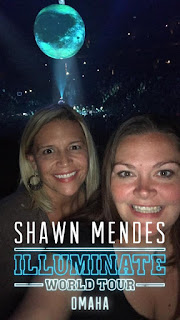 While I didn't know all his songs (like Missy did), I did know a handful. It was amazing being in that room - it was just this kid (he's only 18 or 19), on stage, showcasing his talents. No crazy lights, no fire, no confetti - just a kid with his instruments and his voice. He is a real talent. And the girls who were screaming ALL NIGHT LONG - I commend you for your passion. It's fun being in a room where that many people are having the time of their lives.
Posted by Jen Wilson at 8:11 AM