Road trip, funeral, zoo and seriously so much Netflix

Last week, after two days at work where I desperately tried to cram five days into two days, my weekend really did start on Thursday. Juana had flown into town on Wednesday night, so she dropped me off at work, went visiting people during the day, and then picked me up so we could head to Neosho, Missouri, for my great-aunt's (her aunt's) funeral.

I didn't know my great-aunt that well, with her living five hours away. My grandpa (her brother) died in 1990 and since he was our real connection, we didn't see her much when I was growing up. However, Facebook reconnected our family, and we've seen had reunions and her and my other great-aunt, Peggy, have come to Glenwood a few times.

While this funeral was obviously, really about my aunt, it made me think of my grandpa a lot. He was just the best. I miss him every day, still, even though it's been 27 years since he died.

It was nice to see family, and during the funeral I was sitting behind my parents and they were all loving and cuddly during the service. My step-mom's aunt also died last week, and they were heading straight to her services after this one. She was struggling with family issues, and I know my dad is uncomfortable when the memory of his dad is thrown in his face, so it was nice to see them be there for each other.

Anyway, enough sap. After the funeral, burial and luncheon, Juana and I hit the road back Homaha. We made some pit stops along the way - Precious Moments museum, Harry S. Truman birthplace (that one was for me) a Beef Jerky outlet (because, obviously) and then we stopped in Glenwood to see Nicole and the kiddos, Juana's in-laws and Bill and his family. Then we finally went home, and then we got up at o-dark thirty for Juana's flight home. 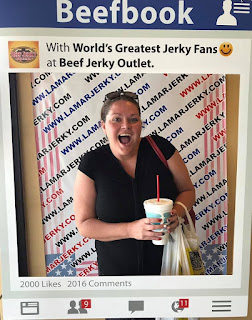 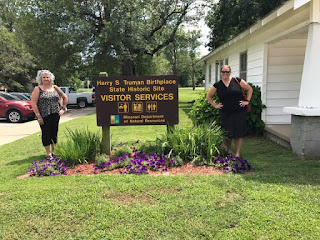 I went back home and napped after that, and then Nicole texted me that her family was going to the zoo, so I joined them there. I had threatened Nicole pretty viciously the day before, that if her family did anything fun on Saturday I needed to be included. I'm glad she took me seriously, because her kids are some of my favorite people. 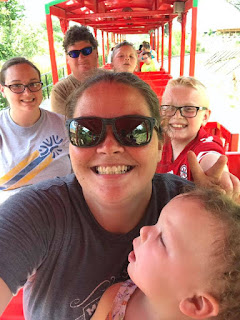 After a long few hours (it was hot as fuck, Alex didn't want to leave, and my week of not taking care of myself led to a little dehydration episode in the food court), I headed home to just take it easy for the rest of the day. I binge watched GLOW on Netflix (highly recommended), and then on Sunday I decided I needed another day of solitude, so I binged Gypsy while cleaning, cooking and doing laundry. Gypsy is recommended, but it is very different.

I was ready for the week to start, so I welcomed Monday with open arms. This girl needs to get back into her routine!