On Saturday I had another adventure day with Ryan, Missy and Natalie. This time,Missy put together an "Explore Omaha" day. She wouldn't tell us anything about the day other than the day included breakfast, lunch and a snack and also that we needed $9 to get into one of the attractions. She had envelopes that we opened after each stop to find out where we were headed next.
We started the day at Harold's Koffee Shop in Florence for breakfast. 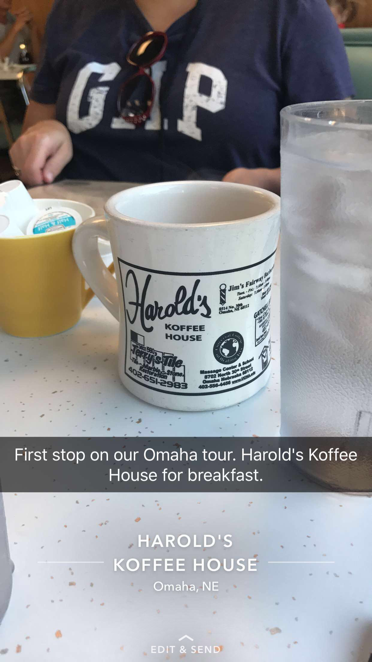 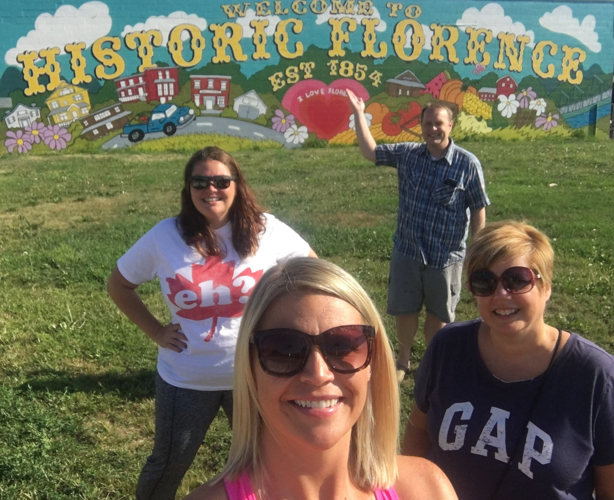 From there, we went to the Mormon Trail Center. This was very interesting, because one of the Sisters walked us through and explained the history of the church and their travels to get to Utah. I had about a million questions I didn't ask. We also walked through the cemetery, which is across the street. Then we went to the Florence Mill, which is the last standing building from the Mormon quarters. 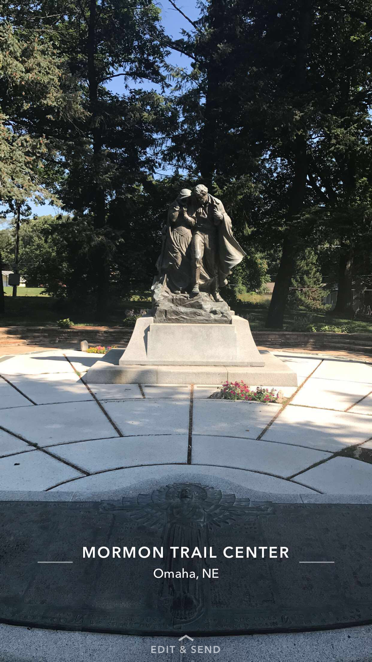 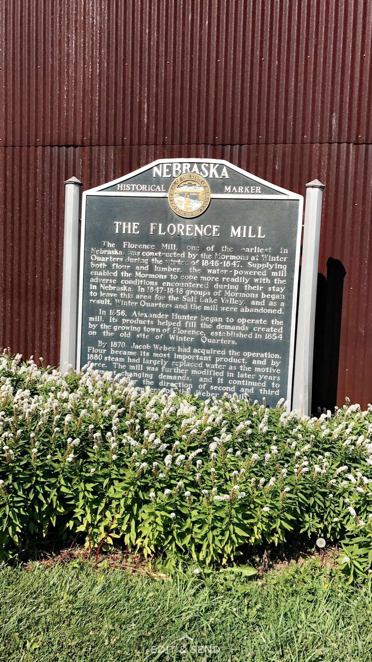 From there, we went to the Malcolm X house. He lived in Omaha during the first year of his life, and although the house is gone they have declared it a historical site. 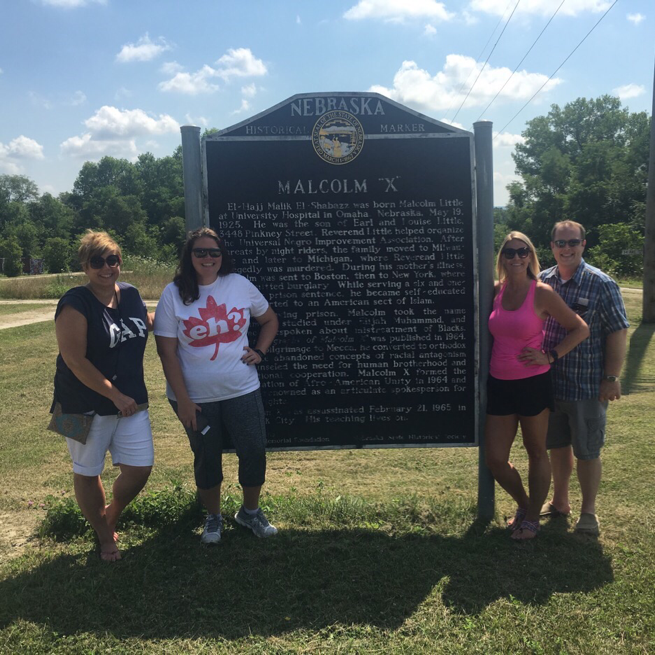 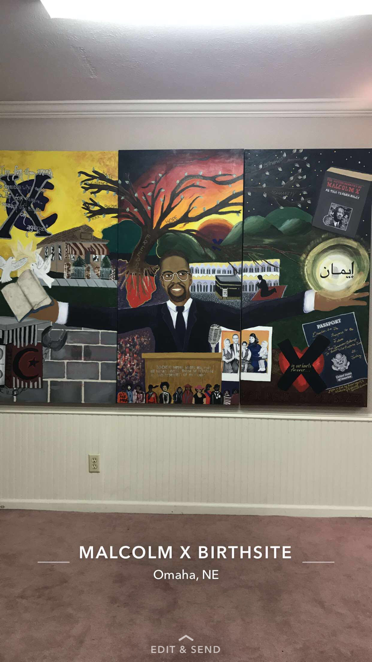 After that, we went to the Crook House on Metro's campus. 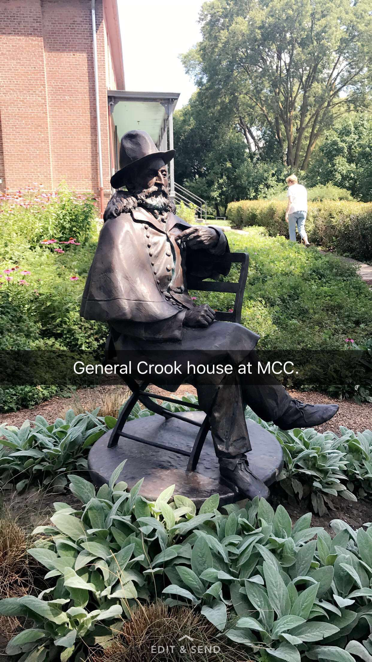 Next was what I had been waiting for, the Gerald Ford birthplace. 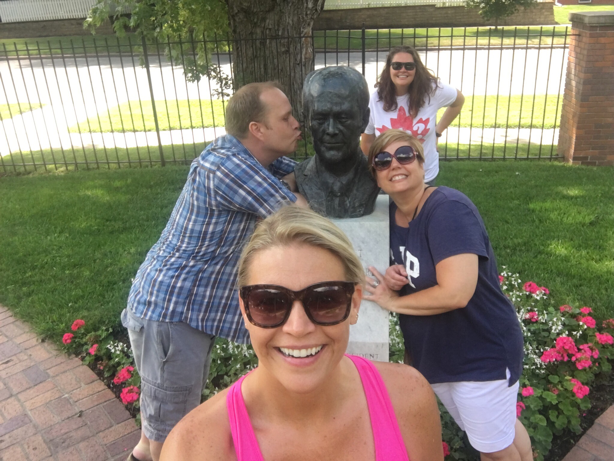 Then came Mount Vernon Gardens, which was almost in Bellevue. I had no idea this lovely place existed. 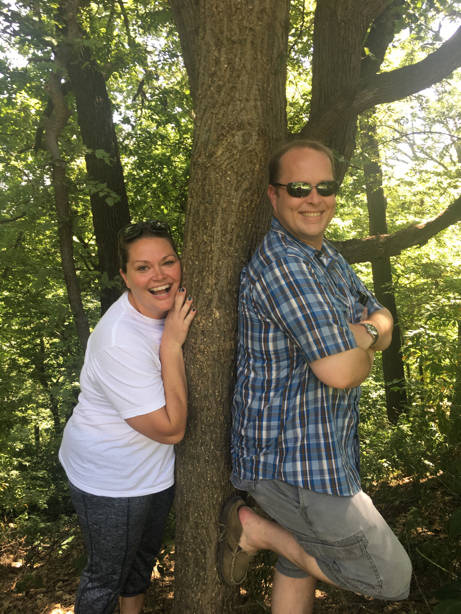 Then we stopped for lunch at Orsi's Bakery in Little Italy. 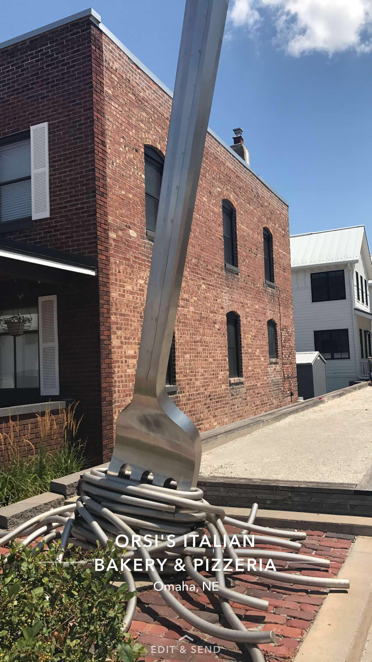 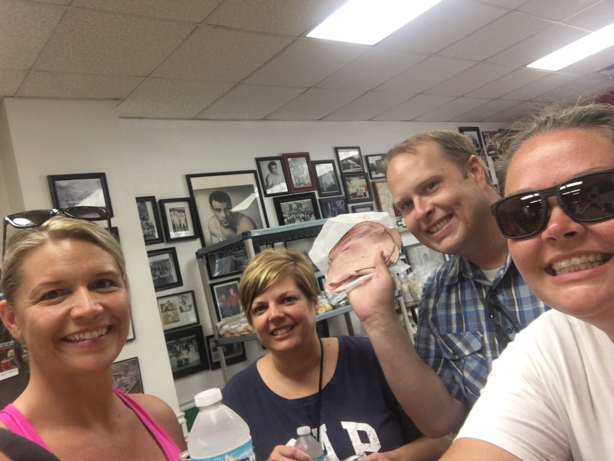 Then we headed out to Boys Town. I had never been here and it was amazing! We drove around the campus, went to the history hall, Father Flanagan's house and the two churches on campus. 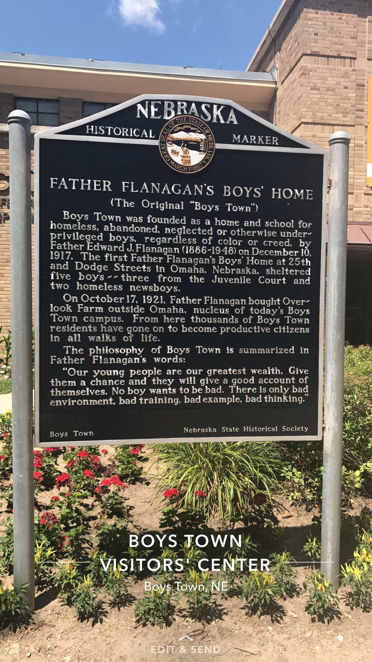 After that we drove by Wareen Buffet's house and stopped in Dundee. Apparently before World War II the Japanese threw balloon bombs over to the United States (threw?) and one ended up in Dundee! I never knew that. So we went there, and then got ice cream at Ecreamery. Then we went to the Joslyn Castle, and then ended our day with a movie at Film Streams!
It was a long day, and we have so much more we could have explored! What an amazing city we live in!