This weekend was a busy one. I am hoping next weekend is a little more low key, and so far it's looking like it will be.

On Friday Ryan, Missy, Natalie and I went to the Funny Bone to see Chris D'Elia. He was on the show Whitney, which is where I discovered him. I wonder if that show is on Netflix? Anyway, he was super funny and the food at Funny Bone was super good.

It was an early night; I was home by around ten. Saturday morning I got up an went to a LuLaRoe party with Kate (valentines leggings for the win!) and then we went to Dad's real quick to see Alex, who was too sick to go to Gavin's derby car race thingy. I can't imagine he would have handled that very well, anyway. Anyway, then we went to the Catholic Church for the derby car race, which made me feel a bit cult-y and also happy I don't have a son involved in the Boy Scouts. 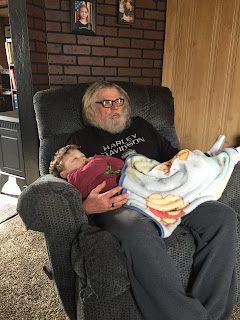 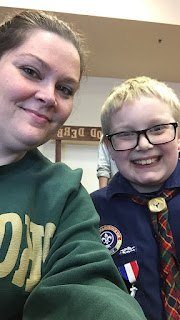 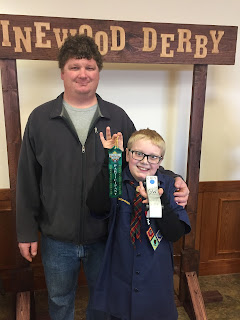 After that I went grocery shopping to buy all non-carb foods, and then I finally got a little time to myself to catch up on TGIT.

Sunday I got up and worked out and then had some people over for a Damsel in Defense party. I went to one of these parties a few weeks ago, and I bought a stun gun. Now I'm obsessed with getting every woman in my life a stun gun, or a pepper spray, or something to make them feel powerful and safe. After that party, I had people over for the SAG awards. This is the only awards show party I am hosting this year, and I can't lie that it's a little weird. But considering how judgmental and how I just stare at Twitter the entire time, anyway, it's probably better I just watch on my own.
Posted by Jen Wilson at 11:58 AM