Hey everyone! I'm just coming off a four day weekend and I am JACKED the eff up! Here's a lowdown of what happened over Easter break:

Friday - Nick and I went and saw Furious 7 right away in the morning. Now...to say I have been dreading this is an understatement. I mean, obviously I had to see it because I love those Fast and Furious movies, but Paul Walker...you know. I am still grieving. So I loved the movie but I cried a lot. Like every time Paul was on the screen. And also, constantly through the last five minutes.

After that I went to FARRELL'S to get my before pictures taken and weigh in. This just about killed me. I was so nervous for that damn picture. But it took about ten minutes at the gym, and then I was on my way to Glenwood to help Kate paint my brother's old house, which was my sister's old house, which is the house that my parents bought next door to their own.

Saturday morning was orientation at Farrell's. Again, I was a pile of nerves. I think you will notice a pattern that everything this week makes me incredibly nervous. I hate the feeling of starting something new, something where I am not confident at all. Orientation was supposed to last about three hours and included a few fit tests, including one minute of push ups, one minute of sit ups, a sit and reach test, a step test and a one mile run.

I know I have work to do on all of those tests, so I feel okay about my results. It's just a starting off point. I need to remember that. What I am nervous about, however, is the mile run. I have been running for over two years and I just cannot get faster. I don't know what is up with me, but I just cannot get my body to move faster. And this Saturday, at orientation, I ran one of my fastest miles. UGH! Now what?

Anyway, after orientation, I helped Kate a little more, and then I spent some quality time with Netflix. Last Man Standing is so laugh-out-loud funny.

Sunday was Easter! I headed down to Dad's and found out I'm going to be an aunt AGAIN - Nicole and Eric are knocked up, so the next little nugget comes this October! I'm hoping for a girl. Then I went to Mom's to eat, then I spent some more time on my couch.

Monday was the my first class at Farrell's - Monday, Wednesday and Friday and kickboxing days, so I arrived at the gym early to wrap my wrists, figure out my gloves and get my bearings. And then I got my ass handed to me for 45 minutes.

Wooh hoo! Here's to a great week! And here's another picture in the "I selfie while other people work" series. 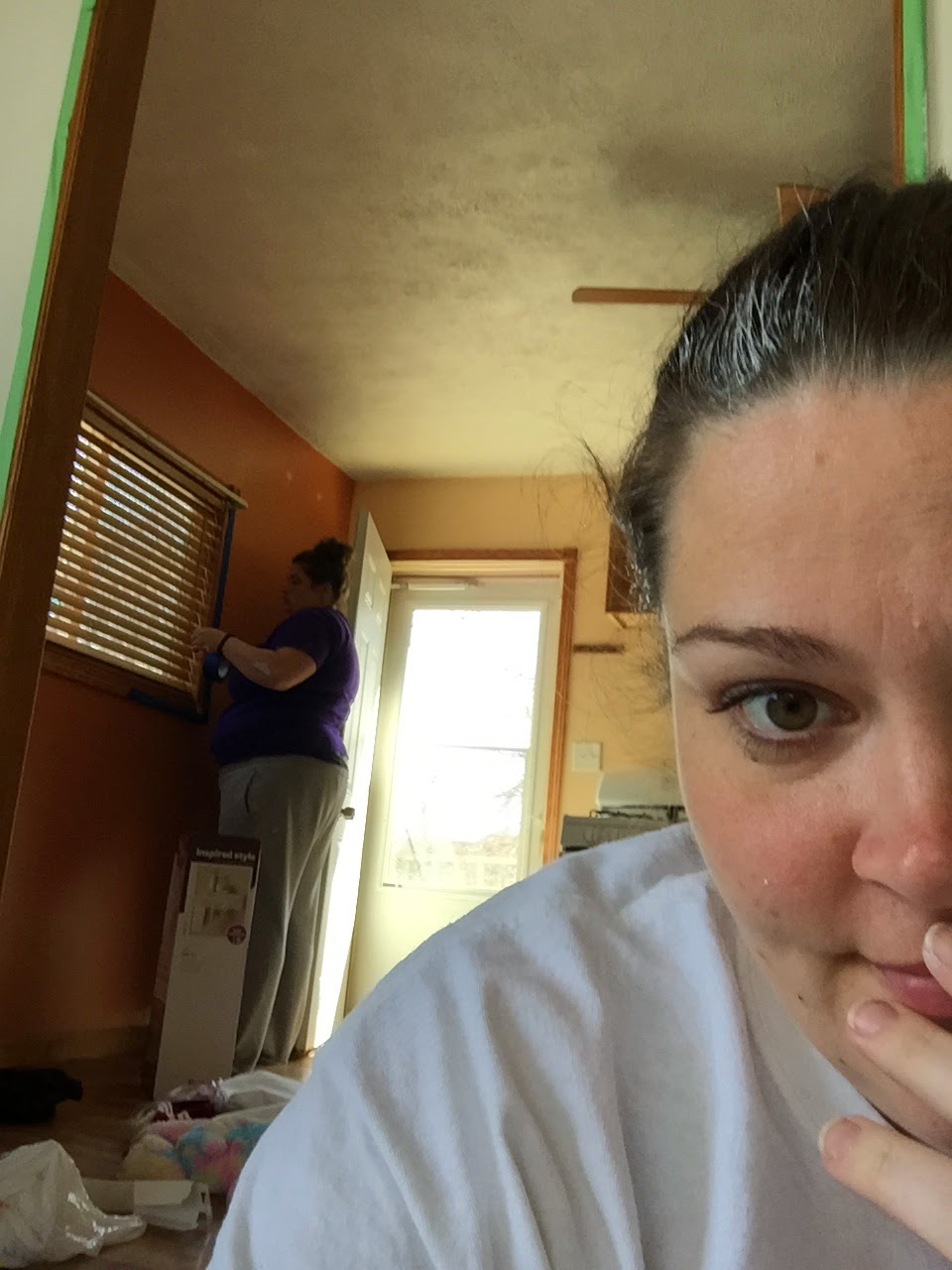