Saturday morning started out with a bang - workout, 2 mile run, and then I jumped in my jeep and headed to Des Moines to run my second half marathon with my sister Amanda.

We got together and checked in at our hotel, then went to the expo to pick up our packets and look around. I ended up buying some of that goo type stuff (the real name escapes me) with caffeine. I used some during my first half for a little pick me up around mile ten, so I thought I would try it again, only with a kick this time. After that we got dinner and then went back to our hotel to chill in the hot tub and call it an early night.

We woke up on Sunday morning (the race didn't start until 8am, which was amazing) and headed downtown. I was not nervous in the least bit...maybe because it was my second? Maybe because I was more worried about Amanda than myself? I don't know, but I was just calm and ready to roll. 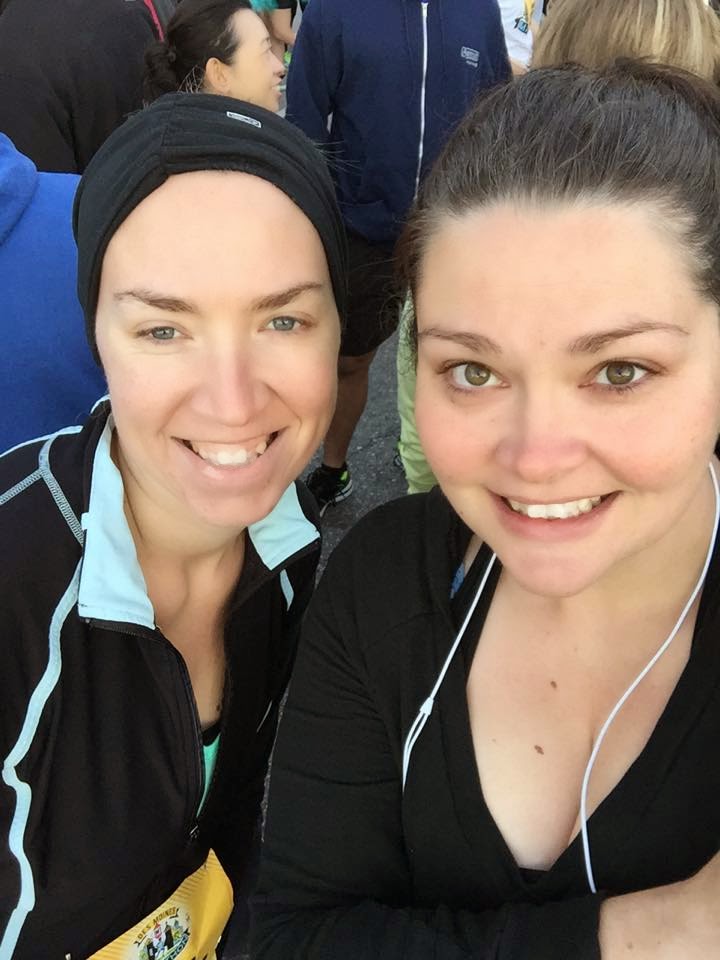 Amanda had some tummy issues after mile nine, so we took it easy rolling into the finish line. And I can't lie, seeing my little nieces at the end was a pretty amazing way to end that run! 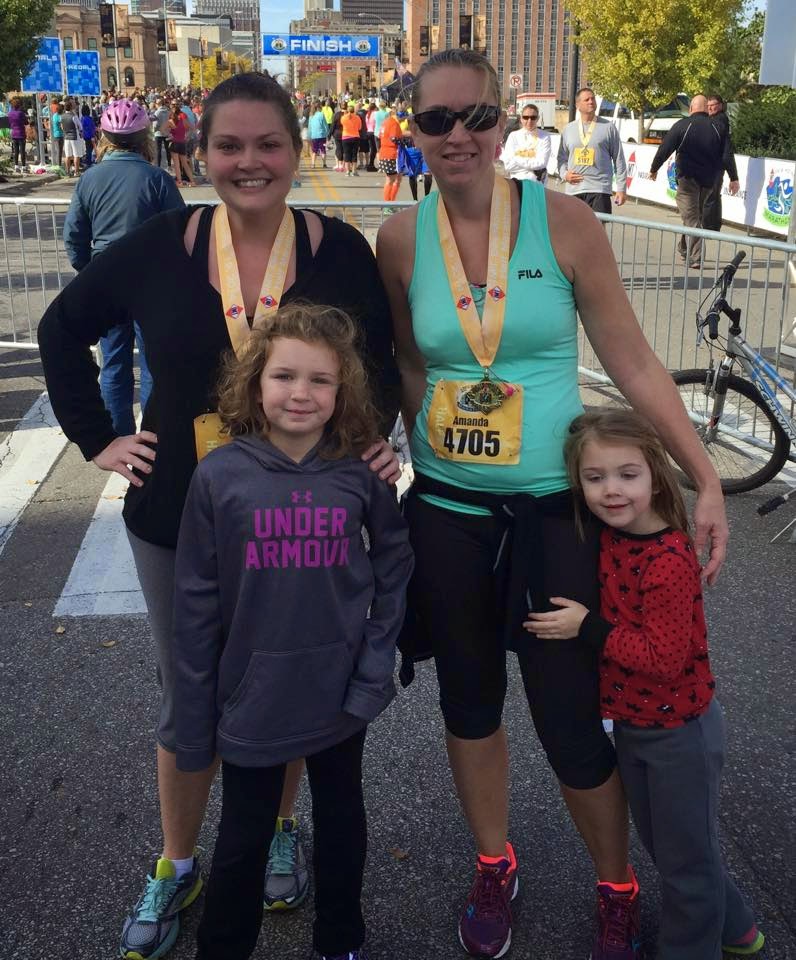 And I ran into Micah, an old friend from college, who had just finished her first half! 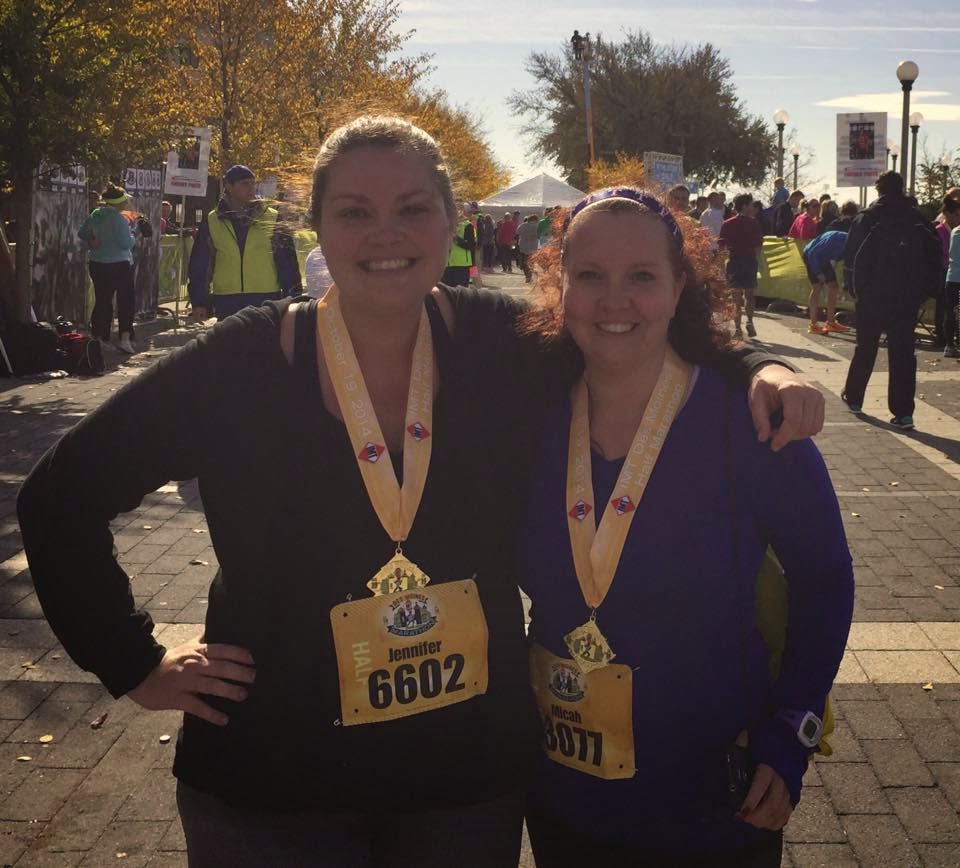 It was a beautiful day, and a lovely way to end my half marathon career and ease into retirement.

Anyway, after we were done I went to TACO HOUSE. Because duh. Tacos. Then I headed back to the Homaha-metro and went to my Grandpa's 79th birthday party. Last night I was not sore at all, and slept like a rock.

Today I am a little sore, I'm not going to lie. Right now I'm trying to figure out a good way to ice my ass.

Anyway. I haven't decided yet if I am really retired from halfs. That's my plan, but I've learned to never say never. However, I am looking for something else to do for awhile. Anyone have any suggestions?