I was forced out of my funk on Saturday morning at 7am. Why, do you ask? Because it was Warrior Dash time!

Last year, when people were signing up, participating and talking about their Warrior experience, I cracked jokes about how dumb they were, and how stupid the competition was. Jealous? Bitter? Exactly.

So when my brother John tried to rally up the Wilson troops to participate this year, I committed. And Amanda committed, and then I got MISSY to commit and it was on. (Missy does not run.) (I'm sure I've mentioned this before.) (Although anytime we do run together, she is much faster and better than I am, so suck it up princess.)

Anyway, I picked Missy up and we were off. I was a pile of nerves. Almost worse than my half. Why?

Because I'm terrified of being forced underwater, since I can't swim. And I'm also terrified of drowning and dying.

But I committed, so off we went. It was hard. Really hard. The obstacles are not easy, despite what numerous people told me. But I did every one of them. I am not good at remembering things like this, so I will try to rattle off as many as I can remember:

And then it was over! I had two major stomach drops, one moment of just pure fear, but it was done and I was a Warrior! 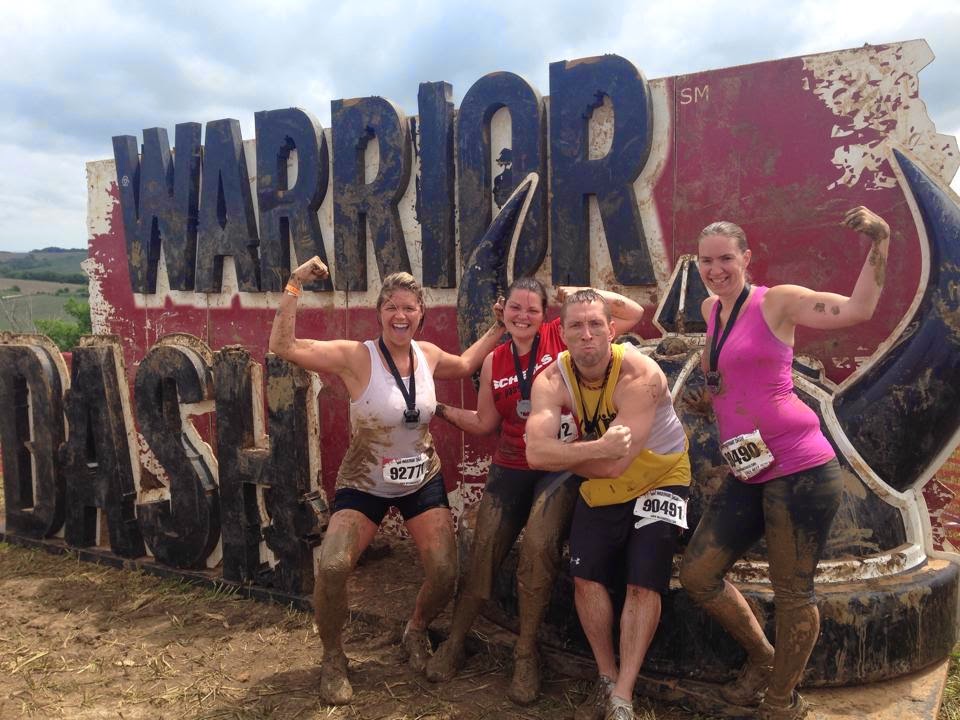 I have to give major props to my brother, who I know just wanted to leave us in the dust, but he didn't. Thank God, cause he had to talk me off a ledge (literally...he had to crawl up and move my leg for me) and he had to lift Amanda up over the mud hills. Also, Amanda did amazing! She can't walk and chew gum, but she is a Warrior. And of course Missy, who started the day off by saying "We can totally skip this and go get breakfast, you know" but, of course, was awesome.

So basically, I am super glad I did it, but I probably don't need to do it again. Also, I am SORE. I had no idea I was working that hard.

After that, Miss and I went to her parent's to shower and then we went to Pop N' Docs for lunch and a few shots. Seriously, I have listened to Missy talk about this place for years, but this was my first time. It lived up to her raving reviews. Then we headed back to Homaha for some rest before hitting the Cove for Gin Blossoms and Collective Soul! 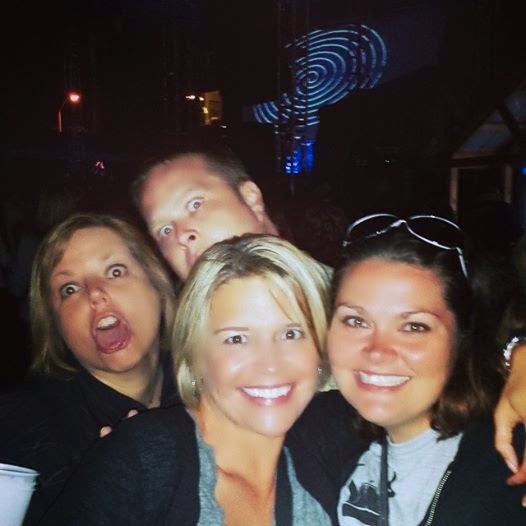 I love a good photobomb.

And I love Stir Cove and Summer Shandy.