A weekend in Northfield, Minnesota

I left on Friday, after a brief session of calling every liquor store in Council Bluffs and Omaha to see if they had this rum called Seven Tiki. Maren and Toni had called from MN and apparently this special liquor is only sold in Omaha. I found that hard to believe - steaks, yes, they may only be sold in Omaha - but rum? I don't think we are known for our rum. Anyway, needless to say, the rum does not exist in Omaha. I continued my journey.

I am not a good car traveler. One time Missy and I drove to Louisville to see McGowan and we decided to leave at midnight. "It's a great idea," I said. "I'm totally a night owl, I can stay up all night." Cut to me falling asleep pretty much as soon as we got in the car, and sleeping the entire drive. Missy had to hate me.

I couldn't sleep this time, however, so I checked out two audio books from the library. I mentally had the trip divided into two parts - I needed to get to Des Moines, and then it was just a quick 200 miles jaunt up to Minnesota. I cruised along, and it really wasn't bad at all, except I thought Minnesota was a helluva lot closer than it really was. That 200 mile stretch took forever.

Anyway, I got there and Toni, who was a bridesmaid, had left a key for me when she left for the rehearsal dinner (only they were calling it a groom's dinner...is that a Minnesota thing?). I grabbed dinner and just relaxed until she got back, and then we got all caught up and went to bed - because we're old. And we were in small town Minnesota, so I think that's what you do?

Saturday Toni had more wedding duties to perform, so I slept in and then went to the farmers market, and found this little area with a ton of shops, secondhand stores and coffee places. It was AWESOME. I had the best little Saturday. After a little nap, I headed to the wedding. These were the directions. 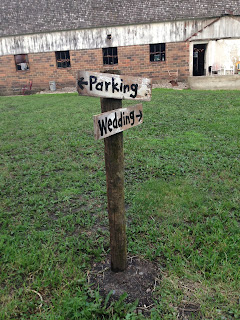 Part of Maren's decor were mason jars, complete with nametags, to drink out of. #awesome 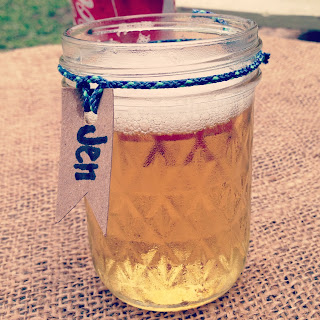 This dog was just wondering around the wedding. He didn't belong to Maren, or Maren's family. So I'm not really sure where he came from. But I mean seriously...Maren and Karl had to walk around him on their way back down the aisle. 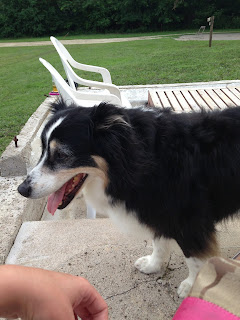 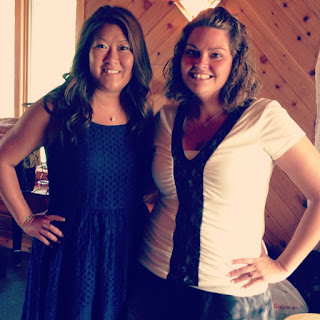 Us with the bride. In front of a John Deer tractor. Because, why not? 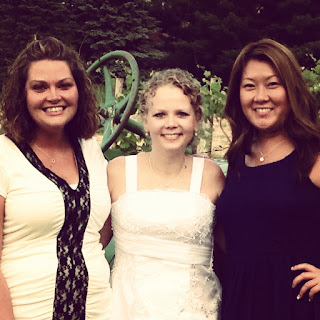 This is something new. When we were in college, we couldn't get Maren to sing in front of anyone except us. She would sing until we all wanted to punch her, but she would never do it in front of anyone else. Clearly she is over her stage fright, and THANK GOD, because she is amazing. 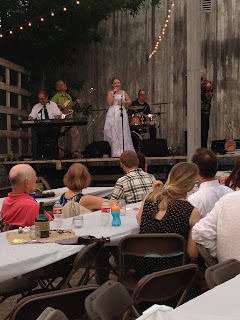 The wedding was awesome, I'm so glad I went. Here's the best part of this wedding story.

The groom, Karl, and the bride, Maren, went to one year of school together in Northfield, but they never spoke. If you know Maren, this is normal. She is quiet and doesn't talk a lot. She gets really awkward and kinda weird. Fast forward to December of 2012, when Maren had moved from Nashville back to her hometown and was with her parents in Target. Karl was there, and he walked by her, took a second look and said "Maren, right?" Maren, being the awkward soul that she is, didn't answer him. She just stared at him. And he walked away. After some Facebook stalking, she apologized for her weirdness. And he asked her out to dinner. Fast foward six months, and we have this: 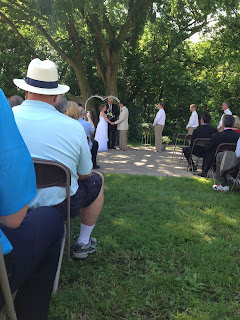 I love this love story. It's so Maren. It makes my heart happy.