What do you do with all the "before" pics?

I used to be very fat. I also didn't really know it. And so I posed for a lot of pictures like I was one hot mama.

What can I say? I was a confident fatty.

I really love taking pictures now. Of myself. I am a bit concieted, I know, but I can't believe that I can take a picture and just be happy with it. No more taking it from high above, so my double chins stretch out. No more editing it to crop out my belly. It's okay that I don't have a photo app anymore to thin myself out. Picnik.com used to be my bestie. I wonder why that website ever shut down. I was an actual paid subscriber. That's how much I depended on their thinning out services.

Anyway. I dug out some old pictures tonight, and I was just going to post some old ones. But then I started playing with a photo app Missy introduced me too, and realized I had pretty much the same pictures in current life, only I don't look like a heffer. (P.S. It's only okay for me to say that I used to look like a heffer. That word is completely unacceptable to ever call anyone else.)

First off, I have this pic of me singing Shoop. I do not have an updated pic, so I can only show that gross one. This chick is fat, but man she can rap. 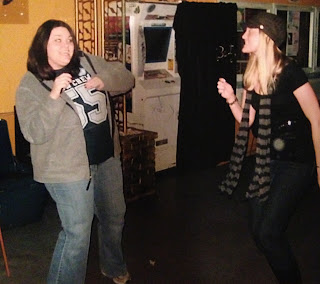 Next we have me and Missy. The before picture was from Missy's first experience with a Glenwood Homecoming. To say Glenwood had an effect on her is an understatement. Missy and I can't ever remember how many years it has been...I believe it was 2006? Yikes. The after picture was September 2012, exactly six years later, at my graduation. 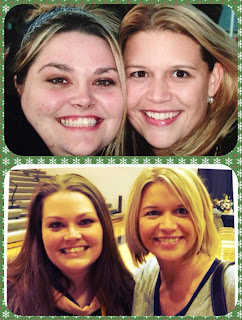 Me and Nick - the before picture is on the bottom, I believe that was in 2004 at a bar doing something amazing, I am sure. The after pic is this past summer at POISON. Otherwise known as the day Bret Michaels tweeted me. Also Chandler's first birthday. 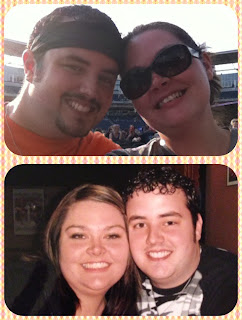 Us three girls. Before pic...I have no idea when this was. But I know it was the first night I ever drank Woodchuck. The after pic is this past winter at a Creighton game. 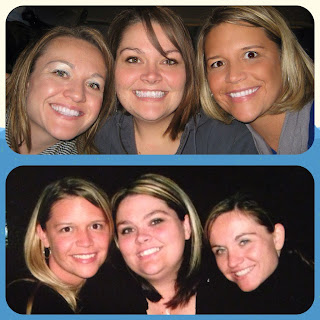 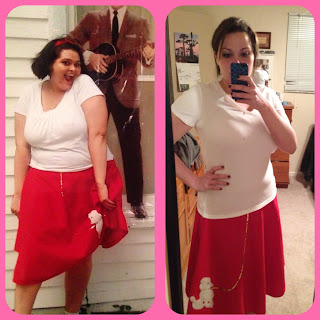 P.S. You can think I'm conceited if you want. I mean, let's get real, anyone with a blog is a little stuck on themselves. But I mostly put stuff like this up to hold myself accountable. How embarrassing would it be to sink back to any of these before pictures, when I've blasted them all over the internet?