How lame am I?

I'm sorry I've been such a sucky blogger. My job is ridiculous. I work so much. It's insane. So by the time I get home, I don't want to look at my computer at all. So I'm attempting to blog from my iPad. We'll see how this goes.

So this is what I've been up to/obsessed with lately:

Running: I've been attempting to run 20 miles a week. It's harder than it sounds. I run Monday, Tuesday, Wednesday, Friday and Saturday. I try to knock out as many miles as possible early in the week so I can take it a little easier on Saturday, and Friday nights I'm usually in a rush to get my workout done.

Working: like I said before, my job is ridiculous. But I'm getting into my groove and trying as hard as I can to win people over.

Bowling: Gavin is obsessed with bowling, so I am too. And when we bowl with him, we get to play with the bumpers up.

Candy crush: I'm not going to expand on that. But I will give someone one billion dollars if they can beat level 65 for me.

Hating carbs: I'm trying low carb. The first week FUCKING sucked. This week is better. I live for Fridays, because no meat (I'm such a good catholic) means I'm allowing myself carbs that day. Can you imagine if I didn't eat carbs OR meat? I would be a cray cray bia.

Hating the scale: I took February off from the scale. I've only been measuring myself. I have lost inches, but I'm not really feeling much lighter so I think the scale will disappoint me in the morning. If it does, I will be taking another month off! Inches are much nicer!

Hating the weather: WHAT THE FUCK is up with this freezing cold shit? I thought that little bastard predicted an early spring? My attitude about the freezing weather can best be expressed by this picture of a very upset Chandler Boone. 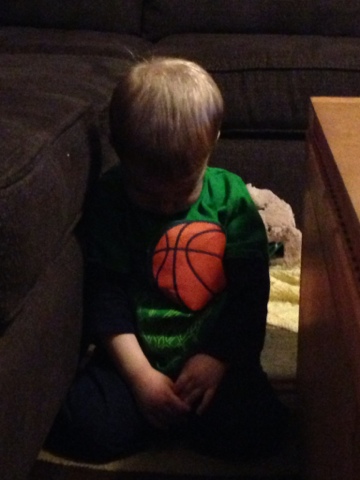